I love hyper-v. I especially love hyper-v running on windows server 2012 in a failover cluster configuration. It truly is a wonderful environment to administer windows servers. With this said, the error logging leaves a lot to be desired.

I've just spent the better part of two days trying to work out why live migration of servers between cluster nodes wasn't working. The error message which Microsoft helpfully give you when this happens is simply:

And over on the hyper-v host you were trying to migrate the virtual machine onto you'll get the equally as amazing Microsoft-Windows-Hyper-V-High-Availability-Admin log entry of:

Oh thanks, it didn't work because it failed.

Finally after reading many a technet article and support thread I stumbled onto the fix. It was simple. Here's the details for anyone else who suffers this problem:


Best of all, it will do this with out any disruptions to running VMs. Enjoy!

I recently posted a long ramble about being very late to the smartphone "evolution". One reason, of many, which I'd held off for so long was because I could predict the amount of time I'd "waste" messing around and tinkering with the phone and the apps installed on it. I was right.

I'm sure that it won't really be news to anyone that Flipboard is an amazing app. I'm such a fan of feed based news and information ingestion that I have used my own rss aggregator for years, so obviously one of the first apps I needed to find was an rss / news reader. Flipboard won out over Google Currents and the handful of other rss readers I checked out.

With that said, I had to put together my own specially crafted rss feeds to be truly happy. What I've done is create new feeds of my favourite sources using yahoo pipes which have images included in the body of each post, so that Flipboard displays the image, headline and snippet in a good looking way. I then added these rss feeds to my Google Reader account. While Google has announced that Reader is being killed off in July, it is currently the best way to get new feeds added to Flipboard. Just add your G.Reader account in the accounts settings in Flipboard. Then you can add each separate feed to an icon link on the main Flipboard screen for easy access.

Since I've finally got a smartphone I figured I should finally get around to haxing together a responsive design for fuzzyslogic.com. So now you can visit my crappy site on your phone. Yay!

A Late Comer to Smartphones

I can still remember quite clearly being rather jealous of my manager when he first got his nokia 6100. It was 2002 and I had been given a nokia 5110 to be in contact. The difference between the two phones was remarkable, it really was a huge leap in terms of size, weight and features. 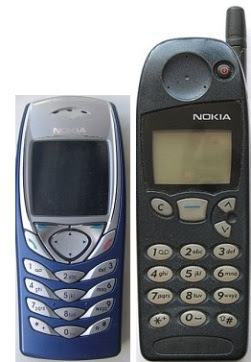 Around the same time I was tasked with a project looking into PDAs such as the iPaq. And to recommend if the University where I worked should look towards these style of devices. Long story short, we knew smartphones were on the horizon - though back then we used the words "convergence device" - and figured it was silly to have staff carrying around both a mobile phone and a PDA.

So at one point in my life I was really eager for smartphones.

When the iPhone came out I wasn't interested in having one. I thought the hardware was amazing, but there was no way I would ever infect a PC of mine with itunes and I had no interest in becoming locked into an Apple walled garden. The Android devices did excite me, but when I stopped and thought about it, I couldn't see any reason I needed a smartphone.

I'm a geek who is generally at a keyboard for around 12 hours a day. When I'm away from a computer I'm generally pretty happy about it. By this stage I actually had a nokia 6100 of my own, as it was and still is the smallest and lightest phone nokia has released. The battery lasted for around two weeks and it could make and receive phone calls and text messages as well as had WAP support which I made use of every now and then for geeky things I'd set up like rebooting servers.

I have a tiny mp3 player (a Sansa Clip) which I use to listen to music and audiobooks, which also has a battery life of around two weeks. The other upside is that I just clip it onto my collar and only require a short cable on my headphones.

One large reason why I'd held out from getting a smartphone was that I know I'm a tinkerer. I'd seen my friends spend hours getting their phones set up just right. From jail breaking iphones to creating personal android apps, I could foresee myself losing whole chunks of my life doing things which I quite rationally decided I didn't actually need.

Also, back home in Australia smartphones aren't cheap. I was happily getting by on a pay as you go contract which normally cost me around $15 a month. I was quite happy spending the $60-$70 I was saving each month on important things like beer.

Maps was one feature which I could imagine I could make use of, but even though I was now working as a travelling geek and driving all over the city to client locations I got by using the old fashioned idea of preparation and a memory.

Among my circle of friends I've become well known for my love of my old phone and my reluctance to get a smartphone.

Now I've taken a job where the company provides a phone. They want me to be contactable via email and generally be a modern geek and actually have a smartphone.

So I've just spent about 5 hours over the last two days tinkering with the HTC Incredible which I'm using temporarily until the Samsung Galaxy S4 is released later this month. It took me about another hour of research to decide to go with the S4 over the soon to be released HTC One.

As expected I do really like having a little computer in my pocket. I've already fallen in love with flipboard, google music, instagram and evernote. However, I'm still using my mp3 player to listen to audio books on the light rail on my commute to and from work.... its just easier.

I found the 1st thing I detest in the Office 2013 suite today; the fact that you can't hide the reading pane header in Outlook 2013. MS have removed this feature which was available in Outlook 2010 because apparently some users would hide it and then not be able to find how to re-enable it.

What a ridiculous reason to force all users to have nearly 30% of their screen real estate (if they prefer to have the reading pane at the bottom of the window, like me) taken up by superfluous information.

My 1st project in my new job is shaping up to be the installation and configuration of Microsoft's System Center Operations Manager 2012. While this system will allow a range of monitoring features which will be very helpful in our environment, the main use case which is driving the project is auditing.

The company I'm employed with needs to get an accurate picture of exactly what systems they have out in the wild, what operating systems they're running, what patch levels are they at and what are the specs of the hardware. We also need these details to be easily checked again in the future, so that manually doing an audit "just this once" isn't a good plan.

So in steps SCOM 2012. Here's the promo copy which MS use to explain what operations manager does:

Businesses, small and large, are typically dependent on the services and applications provided by their computing environment. IT departments are responsible for ensuring the performance and availability of those critical services and applications. That means that IT departments need to know when there is a problem, identify where the problem is, and figure out what is causing the problem, ideally before the users of the applications encounter the problems. The more computers and devices in the business, the more challenging this task becomes.
Using Operations Manager in the environment makes it easier to monitor multiple computers, devices, services, and applications. The Operations console, shown in the following image, enables you to check the health, performance, and availability for all monitored objects in the environment and helps you identify and resolve problems.

My ~6 month holiday from work is officially over today. I'm back in cubical land, this time employed as a Senior Systems Administrator. I've just spent the morning getting my new Lenovo L412 laptop all set up and figured I'd drop some thoughts about it and about Windows 8, which has been installed on it.

So far I quite like the laptop. When I accepted the position I knew that they used Lenovo laptops and I was kind of dreading receiving one of the new models which has removed a lot of the features from the thinkpad machines which I've always liked. Luckily I got an L412 rather than one of the newer L430 models. The main difference with the newer L430 is the "chiclet keyboard", where the keys are separate little "islands" rather than the more traditional keyboard which I prefer.

One thing which I'm not a huge fan of with the L412 is that the power cable connects on the right hand side of the laptop, along with the two USB slots. This tends to interfere with my mouse hand when I'm using an external mouse.

Another downer which thankfully I was able to overcome was the fact that the keyboard has the function key in the position where a standard keyboard has the left control key. I quickly found that in a recent BIOS update lenovo added an option to switch the function of these two keys around. So I don't have to retrain my left pinky.

Onto Windows 8..... I like it. Well, I like it now that I've installed Windows 8 Classic Shell and won't ever need to look at the new Metro Start Screen ever again. I think the flat UI in Win 8 is really nice and clean and beyond that I haven't found anything which either isn't basically the same as Win 7 or an improvement. I'm sure with more time I'll find more things to comment on.