I dusted off my logitech force feedback wheel recently and fired up Colin Mcrae: Dirt. The news that Dirt 2 will be out later this year made me very happy and I felt the need to fling some vehicles around corners sideways. I sorted out my online profile and was coimpletely blown away when checked out the world record times. I held no stupid dreams of actually being amongst the fastest in the world or anything, but I was amazed at by how much the top guys had my times crushed. However, I noticed that I was up near the top of the pack when it came to 1 particular type of race: Big Rig Hill Climbs. 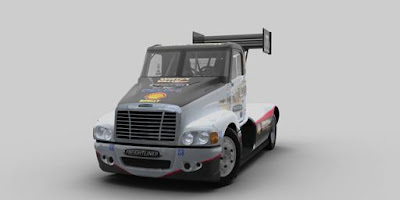 Since I had already posted top 10 times for both the full hill climb events I decided to see if I could crack the number 1 spot and claim the world records. I focused on the Pikes Peak climb first, as it was the longest, mostly tarmac and also the race I felt the most comfortable with. It took me a couple of nights of tooling around with the setup on the truck to find something that worked well (I'd never bothered changing anything prior to this) and I was able to grab the world record by a good few seconds.

I moved onto the Windy Point hillclimb, a race I hadn't done beyond the couple of times you do it in career mode. This one took me a lot longer to find a good setup for and learn to string together the best lines of the corners. It was also the one which someone else had obviously put a lot of effort into; a German guy who had the fastest time in the Big Rigs by something like 15 seconds. I managed to get with in 5 seconds of him pretty quickly but then really struggled to find a way to bridge the final time gap. Last night I found 3 seconds and this morning I finally cracked his time, by a very slim 10 hundredths of a second. 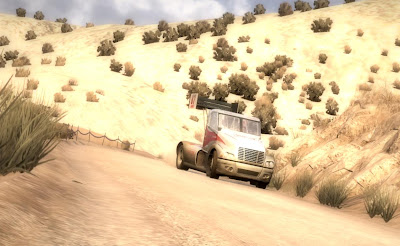 So for the time being I can accurately claim to be the fastest Big Rig Hill Climber in the world (in the game Dirt)!